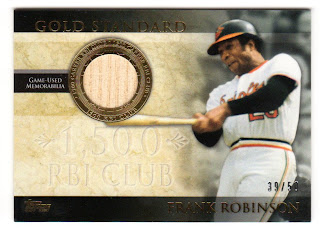 I've been busy with the end of the school year, so I've been opening my hobby box a few packs at a time, making sure I enjoy each.  And series 2 has grown on me, even though I feel it has been widely panned here on the blogosphere.  I'll start with my box hit - and it's the first bat piece card I've ever pulled.  Touching the card is nice - and I prefer the "Gold Standard" relic to the "Golden Moments" relics.

Even though I'm going to focus on stats with this post, I wanted to share ALL of my "Cut Above" cards - a total of 6 from the hobby box.  This is my favorite insert, and I hope the scans do the cards justice.  I'm going to hit a card show this weekend, and see if I can complete this set. I only completed one insert set from series one, and that was the '87 mini's.  Speaking of them... 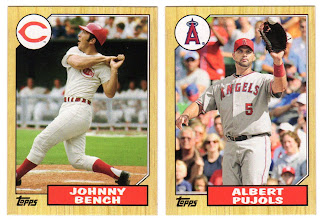 These were my two favorites - I pulled a total of 9 in the box. 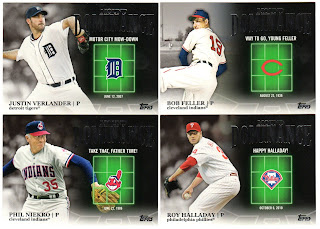 I hated these at first.  I like them more now.  I pulled these four in my box. The foil pops more in-hand than on the scan, perhaps - maybe that helps me like it more.  Still don't really understand the strike zone, but maybe it just adds color - and that was sorely lacking with the series one inserts which were soooo goldish... 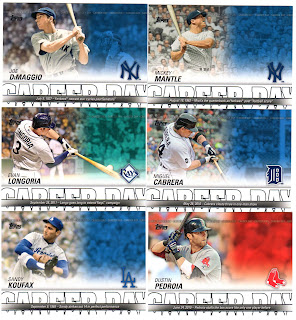 And I think the variety of colors helps this insert set, as well.  These were all 6 of the "Career Day" inserts pulled in my box.  I am 50-50 on chasing these and/or the "Mound Dominance." 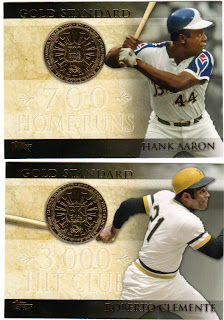 If I go back and complete any series one insert, Gold Standard would be the one.  These are two good names, too.  I pulled 9 of these, and 9 Golden Moments.  I am not scanning those. 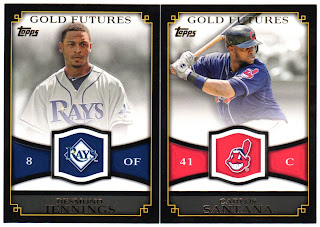 I know I didn't need to scan these, but I hate them less than you do.  I pulled six in my box.