I have doomed the New York Mets.

I did, however, draft Roy Halladay and Brad Lidge in an attempt to spread my damnation to the Phillies. 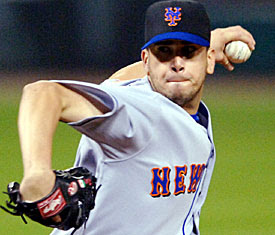 this is how they get you...

i am convinced that i will not witness the Jets play in the Super Bowl in my lifetime. for the second time in 12 years, the Jets blow a doubl-digit lead in the AFC Championship.

and although this year featured a wild ride where they truly exceeded expectations to get to the game, they again failed to close out with the win when it counted.

The Hangover was good.

It was not the funniest movie ever made or the greatest comedy in several years. And I want to blame the people who described it as such for setting the bar so high.

after my performance yesterday, i would suggest the picking the opposite of my selections:

If you saw South Fla play in November (or specifically, against Rutgers) you simply cannot pick them. I am cheesing out and picking them to win, but not cover. It's just too hard to pick teams from the MAC.

Big East vs. SEC? Next question.

I gotta go coach a basketball game. Otherwise I'd explain this.
Posted by Kev at 10:27 AM No comments:

After watching most of my picks go down in flames - EXCEPT that Florida-Cincy game where I nearly nailed the final score EXACTLY - I flipped over to the end of the Knicks game just in time to see the final 3 minutes of regulation and all of OT.

Nate Robinson? I saw him out on the court and immediately thought that the rest of the Knicks must have been ejected in some kind of Heats-Knicks 90's-style fight. Then I watched the ending, and saw every single play run the way Rutgers men run their offense (5 guys spread out, and wait to see if anything happens... post-Douby this simply winds up being a shot-clock violation, although Rosario is trying his best to be a mini-q) - except the kicker is that the Knicks had Nate Robinson and the guy simply drove to the basket and scored at will (except for the 3 he drilles in OT from the top of the key, cross-legged, with a hand in his face and the shot clock winding down). Nate hadn't played in over a month - was sat out by the coach for 14 straight games - and stepped right in to produce as memorable an NBA-moment as I have seen all year (the Brandon Jennings 51 would have topped it if I had lived in Milwaulkee... how do you spell Milwaulkee???)
youtube some of this game - especially the underhanded scoop layup that he tosses 15-feet in the air as he is getting fouled - after he somehow fakes a jump shot mid-dribble and gets his defender to bite... how did that even happen?!?

This is an even game if Florida State has its QB (Ponder) healthy. They do not. I don't think WVU is that good - but they will roll in the Bowden Bowl.

PSU was my pre-season selection to win the BCS championship - that probably tells you about my skill at picking games. I am picking angry, and picking against them. Also, my SEC-over-Big 10 bias is in play again.

Ohio State is boring. Oregon's uniforms are not.

I have never spelled Cincinatti correct on the first try. And seriously, is anyone outside of Ohio actually picking the Bearcats?

I also take this as a bad sign: when you click on the "preview" on ESPN.COM for this game, the following headline greets you:

I know that it's probably a dated headline, but it does kinda make you wonder exactly WHEN (and IF) they are in any way ready for this game after the coaching situation.
Posted by Kev at 11:01 AM No comments: 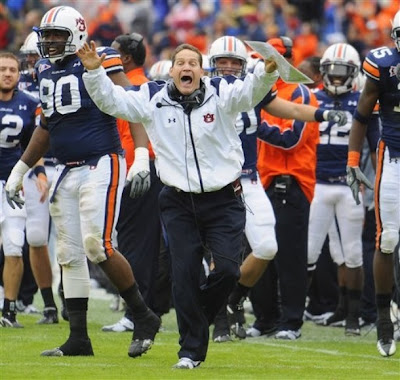 I have several resolutions that I am planning on (resolving/achieving/completing?) this year - and I am sure most will not last the week.

Posting on this blog is one of them!

This is a typical pick-the-SEC selection, though the Big 10 has already made a nice statement with Wisconsin's win over Miami.

Did anyone see "The U" - the documentary on the University of Miami football program? It's a wonderful look at the most recent era of college football - I am considering that the mid 80's through the early 2000's - an era from which I can see highlights and actually remember the games and the emotions connected to those moments as they unfolded.

Time to post this blog entry before the game begins!
Posted by Kev at 10:42 AM No comments: