Let's start with a hit! 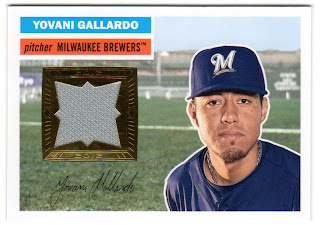 Two hobby boxes, and this is the only card like this I pulled.  I like it, but wish it were a Met.  I never really pull Mets, so not sure what I expected.  At least it's not a Giant - the team I pull more than any other!

My auto's DO feature a Met - so that's pretty cool.  I do think the auto's are my favorite part of Archives, and I know others have said that, as well. 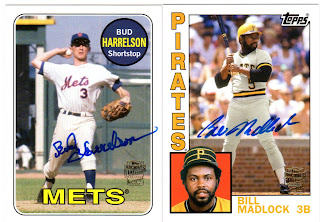 I haven't looked through the entire list, at least not enough to be angry that I didn't pull someone else - but my four auto's definitely have that flavor of the late 70's and 80's when I fell in love with the game and with cards...

My favorite insert set is probably the deckle edge: 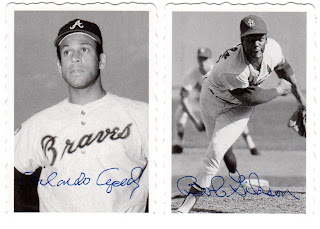 I don't know why I like them so much - probably the fact that they are not really "card-like" - they seem like some photo hanging on a wall somewhere. 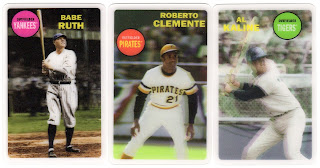 I like the cloth stickers, too - and as I look at this post, I guess I am definitely "pro-archives" - I think I'll try to track down the rest of them.  I feel like people are 50-50 on them, so maybe they will have some to deal cheaply... 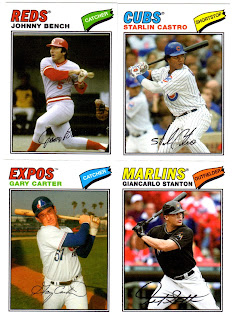 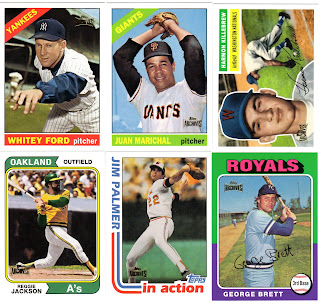 The "in action" Palmer card is a bit of a tease, because I believe there is an "in action" subset in retail packs - but I didn't pick up any of those.  Here are the high numbered SP's: 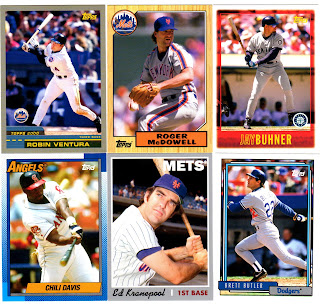 It's a Mets party!  Aren't you glad you made it to the end of the post?  I started out whining about pulling Mets, and then get Ventura, McDowell and Kranepool - fully HALF of my 6 SP's are wearing the blue and orange!  And no, it doesn't lessen the sting of the games with the Yankees this weekend...

Finally, my least favorite insert - stickers.  And the rainbow foil things are weird, too - but mainly because I don't really care for parallels.  I'll think about selling the Rivera - his name could probably draw a few bucks... 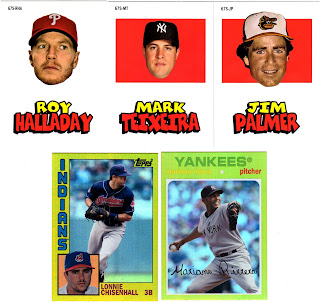 I want to break Topps' sticker machine.  Unreasonable?
Posted by Kev at 7:54 PM