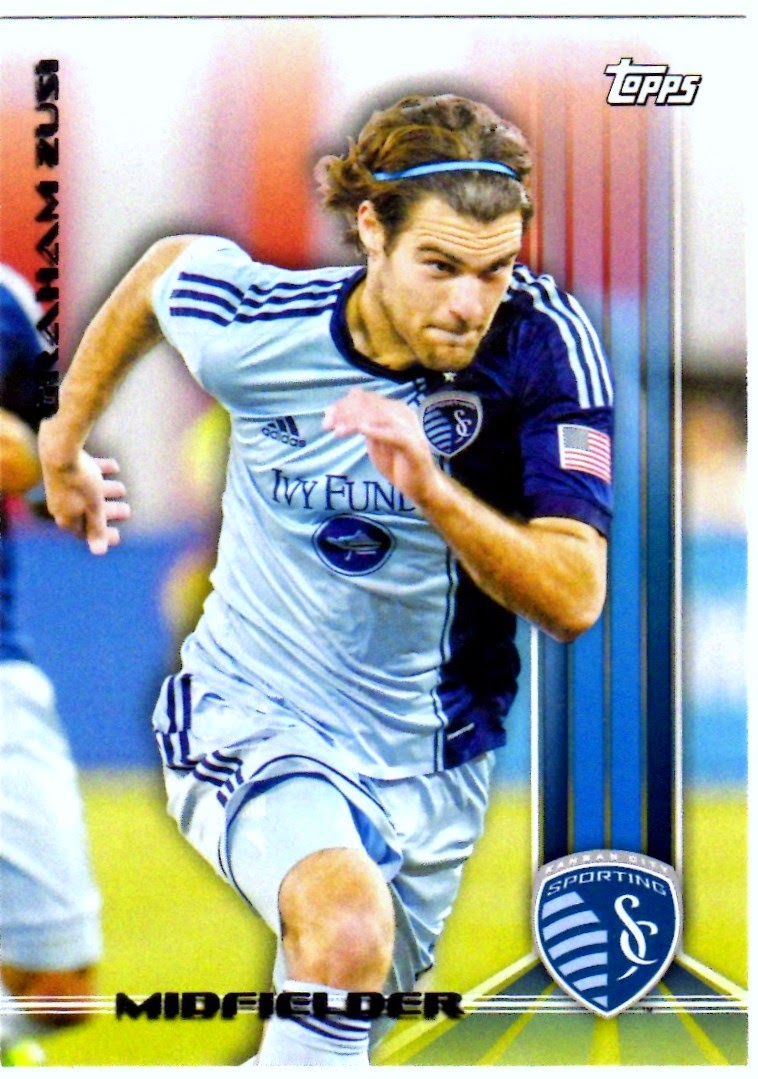 Well, if you are a soccer fan, then you know that the first card I saw when I opened my first pack was a pretty darn good one!

And even if you are not a big fan, you might have noticed that Graham Zusi was one of the four "cover boys" that graced the outside of my hobby box.  A pretty cool start for me - usually my first card is Mark Reynolds...

Zusi is one of America's stronger players.  He made the World Cup team this past summer, and has been a star at Sporting Kansas City in the MLS. Zusi had 2 assists in the World Cup, but perhaps is most famous for a seemingly meaningless goal he scored in America's final World Cup qualifying match.  USA had already clinched its trip to Brazil in the previous game, but Zusi's goal in the final moments earned a 2-2 tie with Panama; his goal effectively knocked Panama out, and allowed Mexico to advance to the World Cup!

Here is the back of his card: 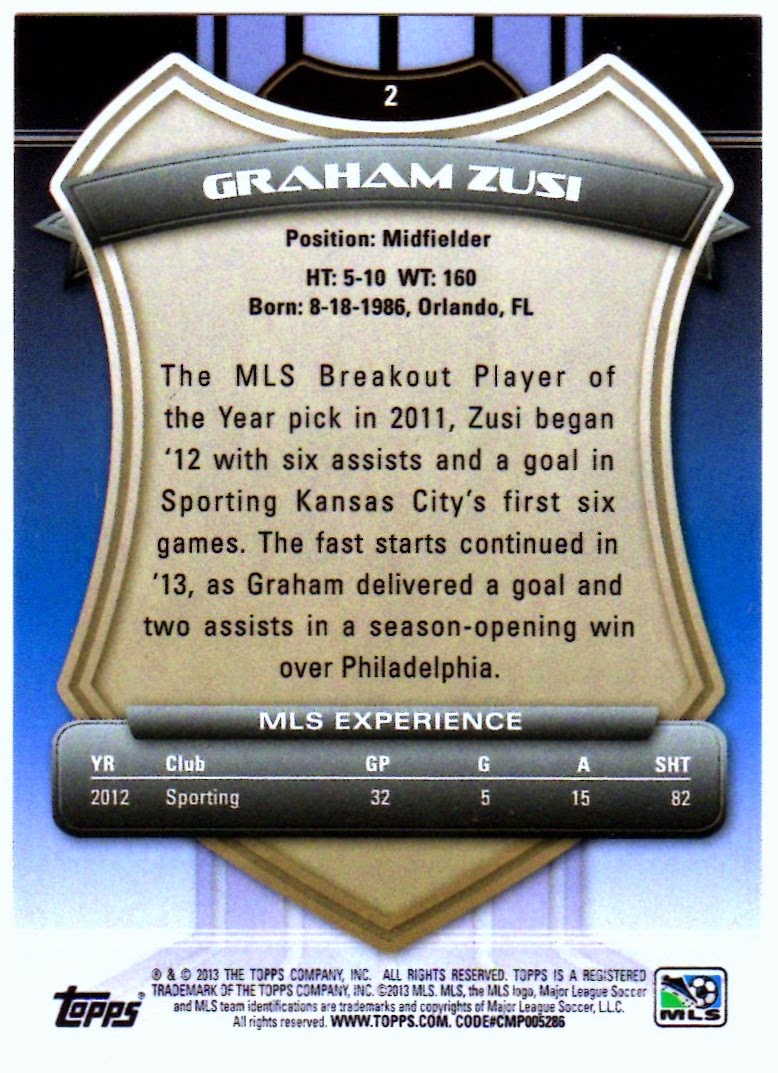 Soccer is not really a "stat" sport, so baseball card fans may struggle with this look.  Also, why no career stats?  Odd, to me.

The rest of my pack seemed to be on Fire: 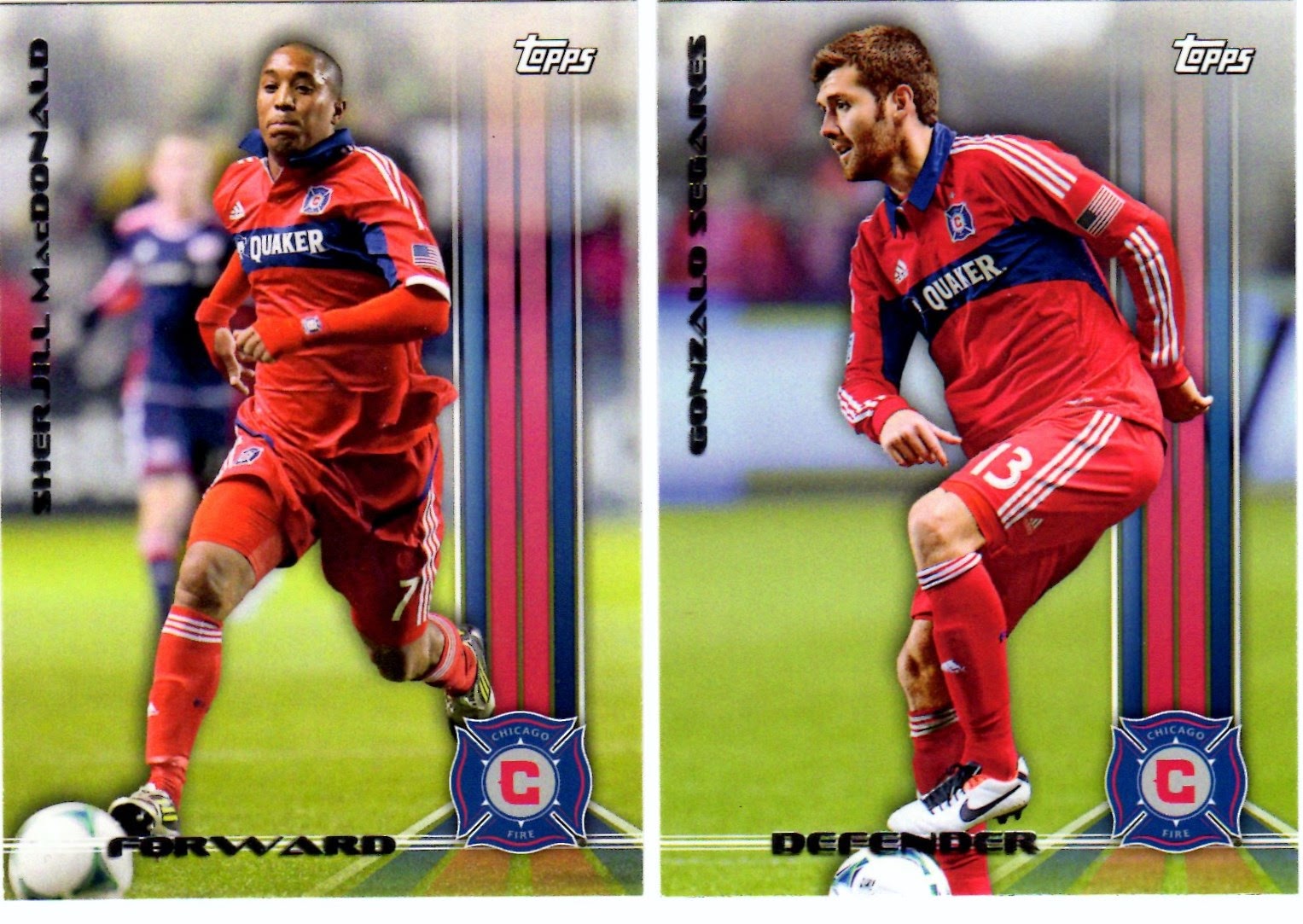 Yes, I went for the terrible pun.  But look at this! 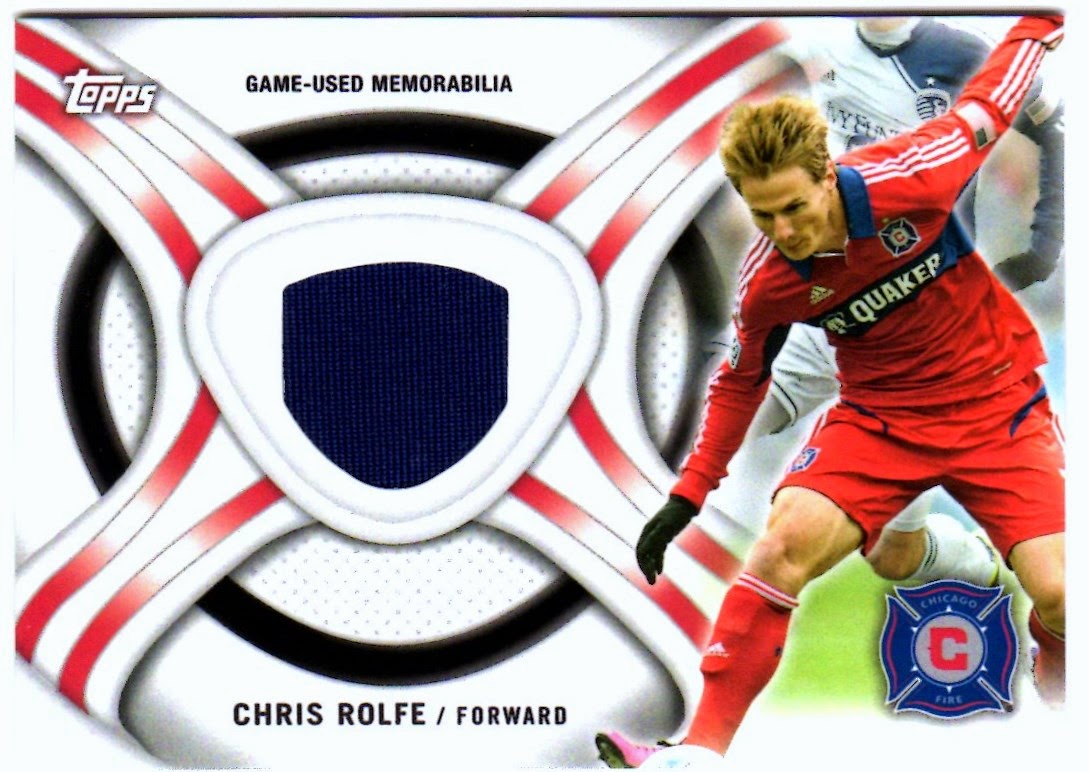 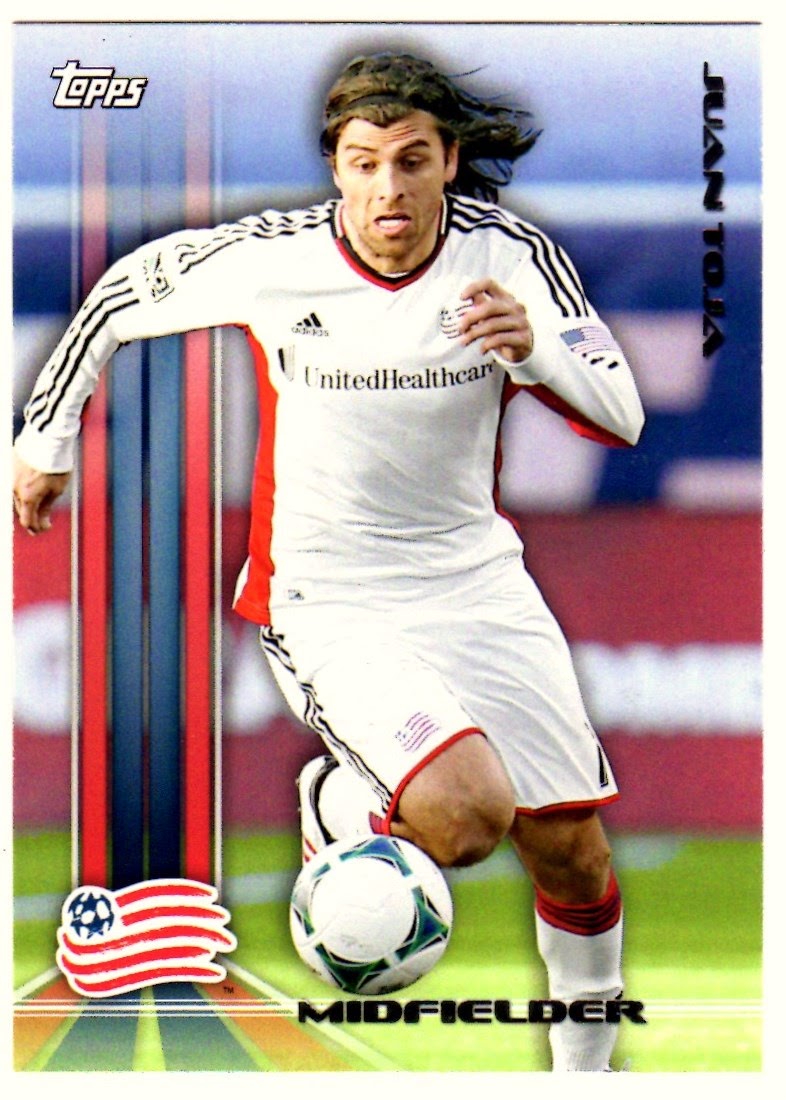 When you add in the flowing locks, that's a big winner.  Thank YOU, Juan Toja!